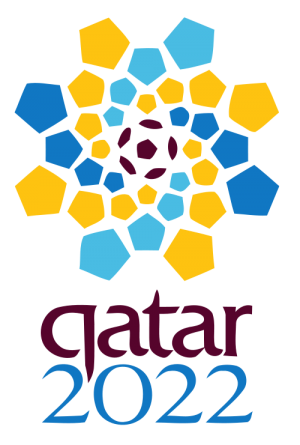 The FIFA World Cup, often simply called the World Cup, is an international association football competition contested by the senior men's national teams of the members of the Fédération Internationale de Football Association (FIFA), the sport's global governing body. The championship has been awarded every four years since the inaugural tournament in 1930, except in 1942 and 1946 when it was not held because of the Second World War. The current champions are France, who won their second title at the 2018 tournament in Russia.

As of the 2018 FIFA World Cup, twenty-one final tournaments have been held and a total of 79 national teams have competed. The trophy has been won by eight national teams. Brazil have won five times, and they are the only team to have played in every tournament. The other World Cup winners are Germany and Italy, with four titles each; Argentina, France, and inaugural winner Uruguay, with two titles each; and England and Spain, with one title each.

The World Cup is the most prestigious association football tournament in the world, as well as the most widely viewed and followed single sporting event in the world. The cumulative viewership of all matches of the 2006 World Cup was estimated to be 26.29 billion with an estimated 715.1 million people watching the final match, a ninth of the entire population of the planet.

17 countries have hosted the World Cup. Brazil, France, Italy, Germany, and Mexico have each hosted twice, while Uruguay, Switzerland, Sweden, Chile, England, Argentina, Spain, the United States, Japan and South Korea (jointly), South Africa, and Russia have each hosted once. Qatar will host the 2022 tournament, and 2026 will be jointly hosted by Canada, the United States, and Mexico, which will give Mexico the distinction of being the first country to host games in three World Cups.

The 2022 FIFA World Cup is a forthcoming men’s international association football championship contested by the senior national teams of the member associations of FIFA, the 22nd edition of the FIFA World Cup competition. It is scheduled to take place in Qatar from 20 November to 18 December 2022. This will be the first World Cup to be held in the Arab world, and the second World Cup held entirely in Asia after the 2002 tournament in South Korea and Japan. The tournament is to be the last with a 32-team field; the field is to increase to 48 teams for the 2026 tournament in the United States, Mexico, and Canada.

Because of Qatar's intense summer heat and humidity, this World Cup will be held in the winter, the first tournament not to be held in May, June, or July and to take place in the northern autumn; it will be played in a reduced timeframe of 29 days. The opening match will be between Qatar and Ecuador at Al Bayt Stadium, Al Khor. The final is to be held on 18 December 2022, Qatar National Day. The reigning World Cup champions are France, who defeated Croatia 4–2 in the 2018 FIFA World Cup final.

1.All matches shall be played in accordance with the Laws of the Game in force and as laid down by The International Football Association Board. In the case of any discrepancy in the interpretation of the Laws of the Game, the English version shall be authoritative.
2.Each match shall last 90 minutes, comprising two periods of 45 minutes, with a half-time interval of 15 minutes.
3.If, in accordance with the provisions of these Regulations, extra time is to be played as the result of a draw at the end of normal playing time, it shall always consist of two periods of 15 minutes each, with an interval of five minutes at the end of normal playing time, but not between the two periods of extra time.
4.If the score is still level after extra time, penalty kicks shall be taken to determine the winner in accordance with the procedure described in the Laws of the Game